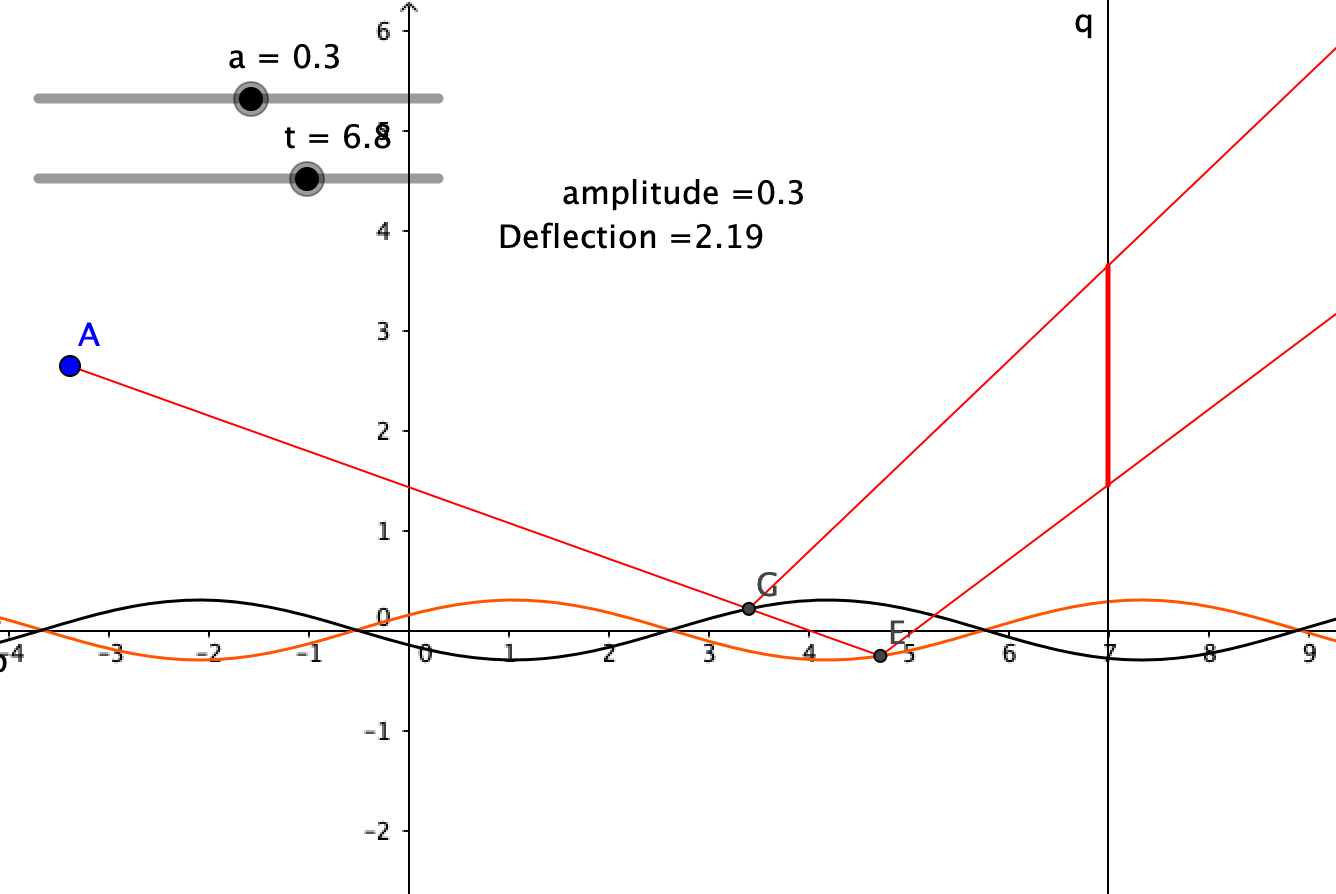 Clara is researching the amplitude of waves on a ripple tank. Actually she started measuring waves in the Fjord located (about 50 meters from my lab) but found it too impressice.The ripple tank is more calm but it's difficult to take measurements. however, if a laser is shone onto the surface its reflection on a nearby wall moves up and down, if the amplitude of the wave is increased the amplitude of the reflected laser also increases so this can be used to measure the wave amplitude.

The maths behind this is rather complicated but by using GeoGebra a prediction can be made. The simulation below shows how the maximun.

Here is the simulation.