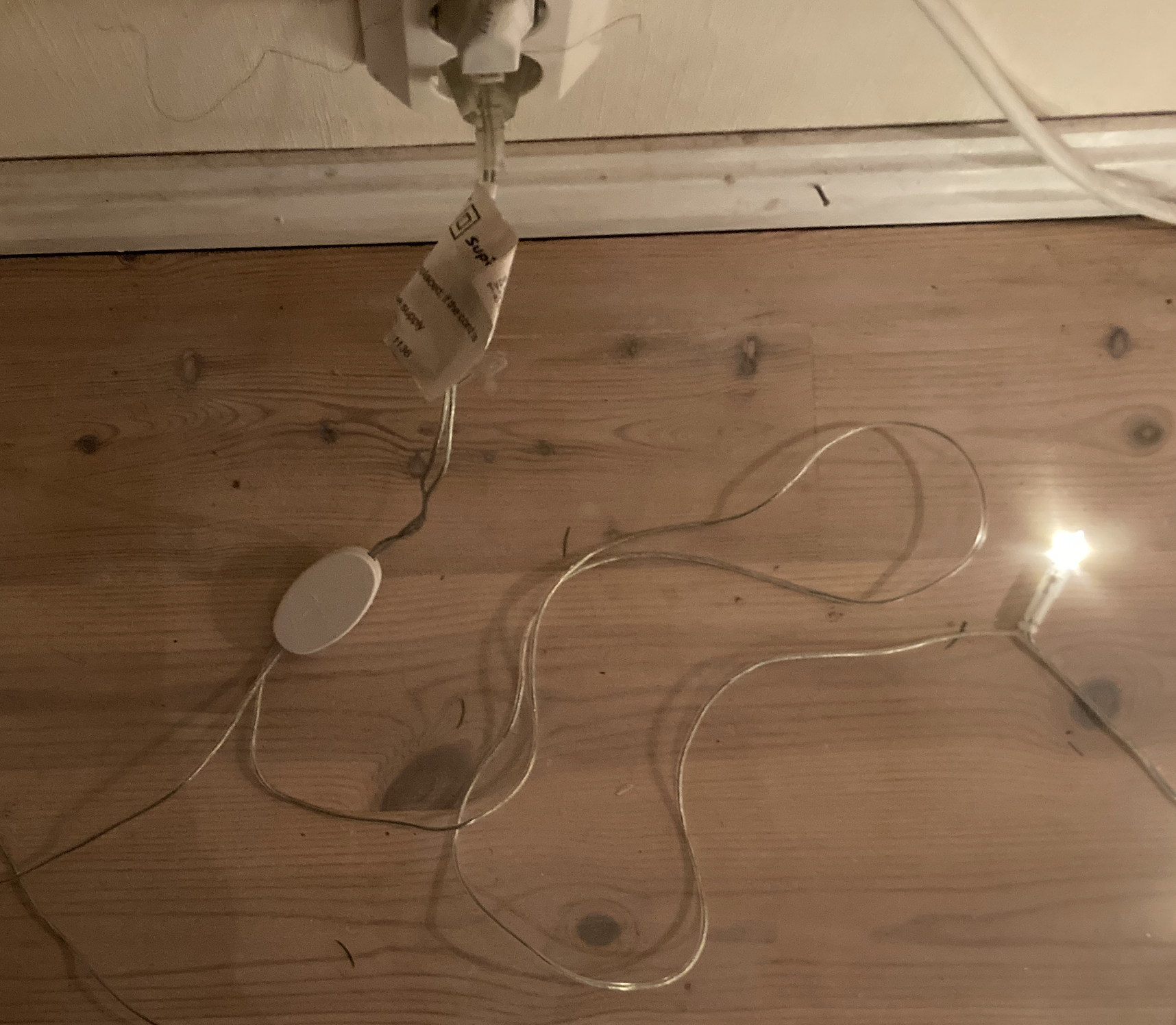 I have just been taking down the lights from our Christmas tree and noticed something interesting. One set had a transformer the other didn't. The one that didn't had 70 LEDs arranged in series. The pd across each was only 220/70 which is about 3 V pd across each. This doesn't sound dangerous but if you were to cut the wire there would be no PD across the LEDs all the PD would be across the gap. Shocking. The other problem with this arrangement is tht if one LED is broken all of the lights go out. The LEDs are all sealed units so can not be replaced. I the past one would have to find the broken bulb by replacing each with a new bulb one at a time until you found the offending item. An alternative approach would be to use a voltmeter. The PD across the working ones would be 0V but the PD across the broken one would be 220V.

The lights with the transformer were arranged in parallel. The transformer gave an output of 3 V so the PD across each LED was 3V. 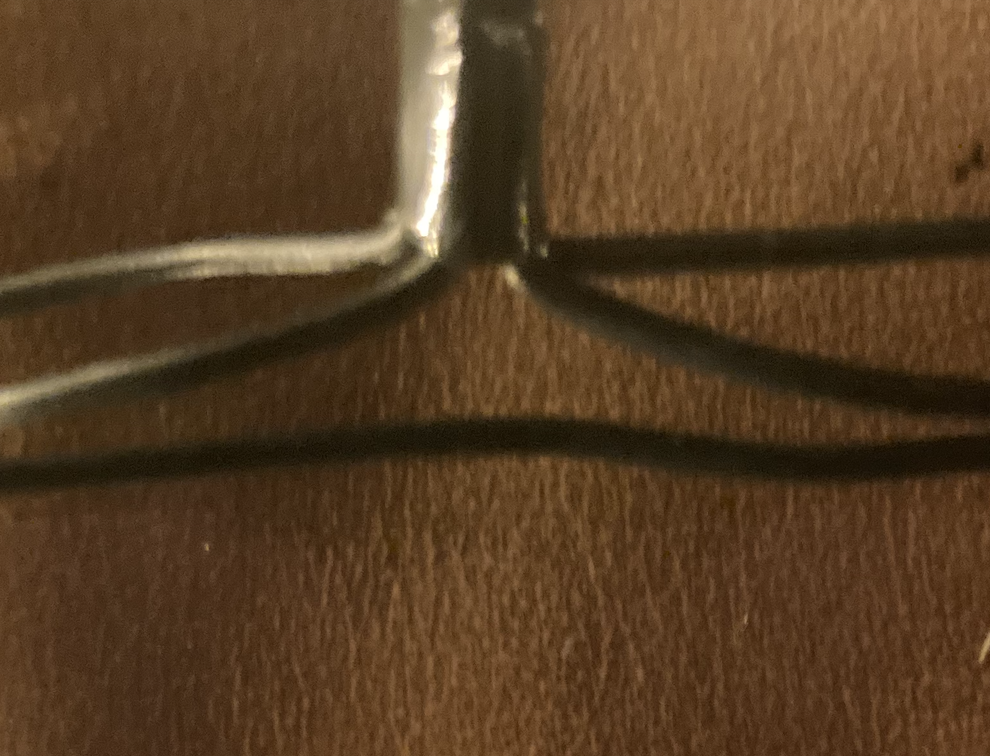 It's not that simple though, what is the other wire for? I don't know so I had a closer look. Every now and again there are two with only 3 wires, like this. 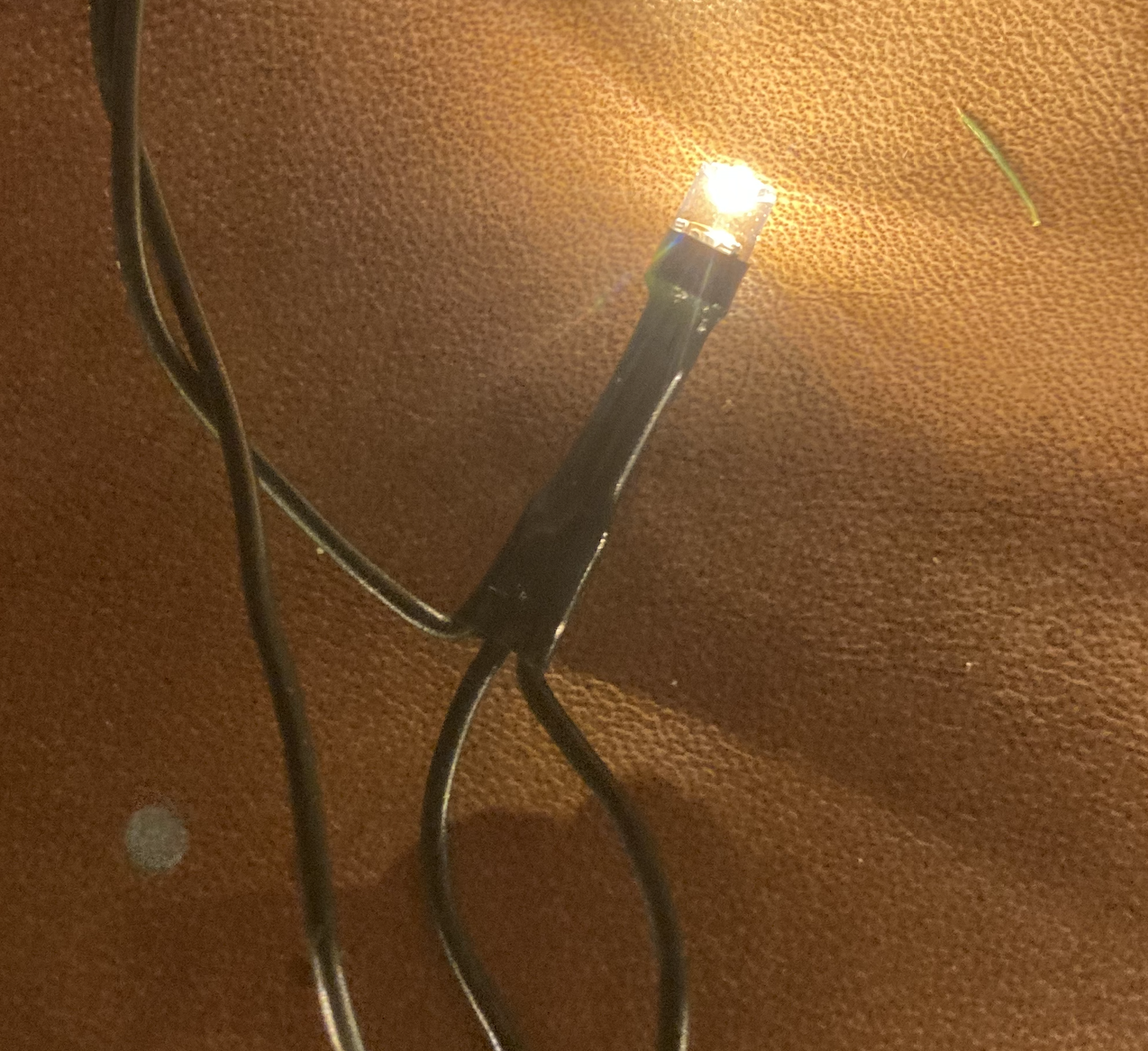 However, if I add a third string the potential across the second 2 reduces to one half.

Now I have to find the LED with 5 wires. Nope, there isn't one, the single wire goes right to the end. The problem remains unsolved (by me at least)